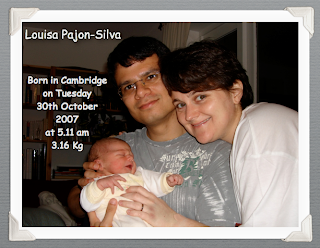 Her CPU is composed of tens of billions of cores, following a neural programmation setting the base for automatic and continuous self-learning and self-updating. She works at normal room temperature and has a very sophisticate cooling system. She has the last word in antivirus protection. She runs by now solely on breast-milk and she’s completely wireless.

Although no localisations are pre-defined, she’s capable of learning any languages, however she eventually will be available in French, English and Portuguese, at least. For the moment she can only report problems by loud screams.

Unfortunately she comes with no manuals and no warranty at all, but she can potentially last for a century or more. Released under Human Rights license. Nevertheless, she’s an only one entity and no backups are possible; even being cloneable in a near future, she’ll still remain unique.